From her time as student leader in the Free Speech Movement to her work as a classroom teacher in Compton, and through her leadership on the LAUSD School Board, the Los Angeles City Council, and in the California State Assembly, Jackie Goldberg has been a dedicated champion of quality public education and working families for her entire adult life.

A Los Angeles native, Jackie was raised in Inglewood and educated in public schools. She graduated from Morningside High School before going on to the University of California at Berkeley and then pursuing a Master of Arts in Teaching degree from the University of Chicago. While at UC Berkeley, Jackie became a leader in the Free Speech Movement in 1964, sparking a lifelong passion for political activism and community organizing. 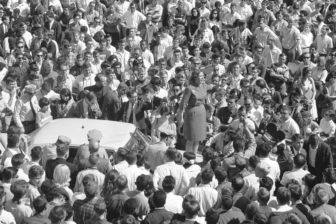 Jackie began her career as a teacher in the Compton Unified School District, where she taught for sixteen years, covering subjects ranging from U.S. and world history, African and Latin American studies, and women’s studies, to government and economics. During this time, Jackie developed a comprehensive reading program that raised her school’s student achievement scores in reading from last in the state average in just three years. In 1983, Jackie was elected to the LAUSD Board of Education, where she served for two terms. Her leadership was instrumental in creating a districtwide K-12 dual language education program, improving curriculum in reading, math and science, and building new schools to address overcrowding.

In 1993, Jackie was elected to the Los Angeles City Council, becoming the first openly gay City Council member in Los Angeles’s history. She was re-elected without opposition in 1997. Jackie’s distinguished City Council legacy includes the economic revitalization of Hollywood, authorship of the “Living Wage” ordinance guaranteeing a living wage and benefits to all employees working directly or indirectly for the City of Los Angeles, recognition of domestic partnerships, and the creation of the L.A.C.E.R. Afterschool Program, which serves as many as 4,000 students annually at middle schools and high schools in central Los Angeles.

In 2000, Jackie was elected to her first of three terms in the California State Assembly, where, as Chair of the Assembly Education Committee, she oversaw state education budgets and authored two State Education Bond Issues that provided LAUSD funding to build new schools that relieved overcrowding. During her time in the State Assembly, Jackie also authored historic legislation to give LGBT couples in California nearly all the rights of marriage through domestic partnerships. 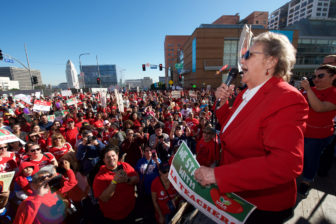